I mark 15cm down from the waistline, secure an elastic band around the dress-form, and put the petticoat on it aligning its top edge with the elastic band which marks the beginning of the flare.

The petticoat sits on the dress-form the way it is supposed to sit on the bride. I have pinned the central seam at the back of the petticoat and put hoops 1 and 2 in the tunnels without locking their ends yet. 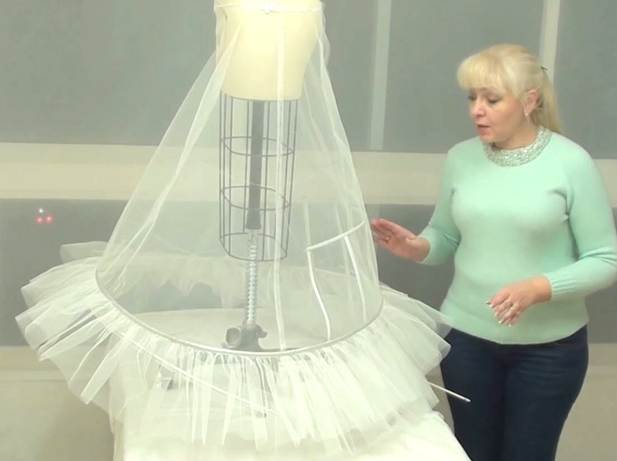 First of all, I check how well the hoops fit in the tunnels on the face of the petticoat.

But the second hoop can hardly fit in its tunnel because it is stuffed with fabric from the main bottom ruffle. I will thus make a new tunnel on the inside of the petticoat right along the tunnel made on the face and insert the hoop there.

Here is what I can say after analyzing the intermediate results: part of the bottom hoop is lying on the floor (as was planned) and the skirt itself looks well-proportioned, i.e. there is no distortion. The side seams are vertical and fully aligned with the side seams on the dress-form. The ruffles are positioned correctly. 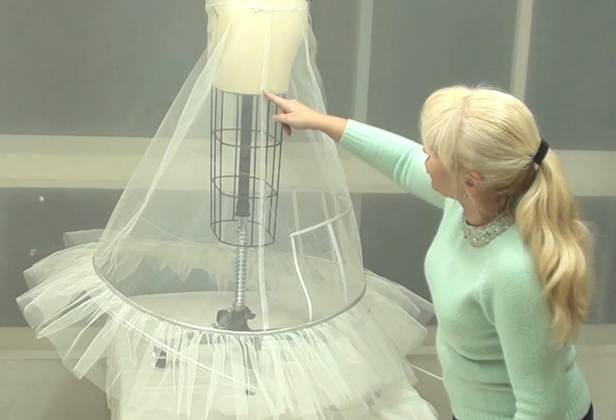 This stage has been completed successfully. I can take out the hoops and continue working on the petticoat.

I need to sew a tunnel for the fourth hoop on the inside of the petticoat. I put a bias tape along the marked line, 2cm from the central edge of the back, and sew it on with two parallel rows of stitches.

Then I sew a tunnel for the third hoop.

And, finally, I sew a tunnel on the inside of the petticoat along the tunnel for the second hoop already made on the face.

Here is what the petticoat looks like with tunnels on the face and on the inside. 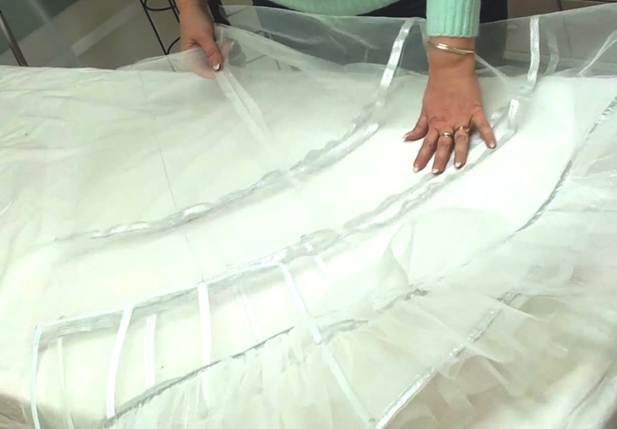 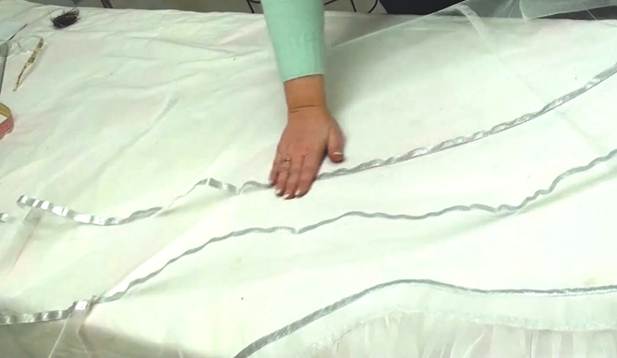 The third and the fourth tunnel are made 2cm from the central edge of the back. Sewing a tunnel for the second hoop, I leave the ends of the bias tape detached. I will finish them after sewing the central back seam. 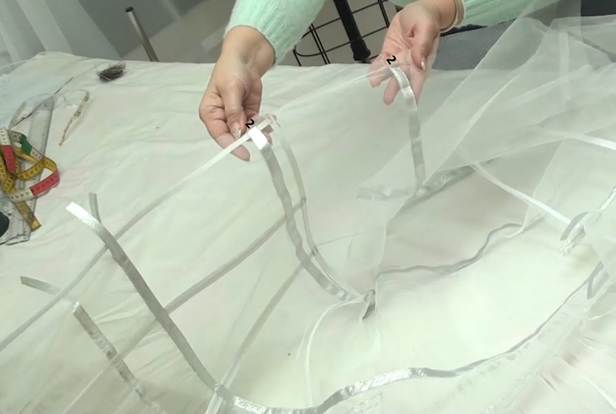 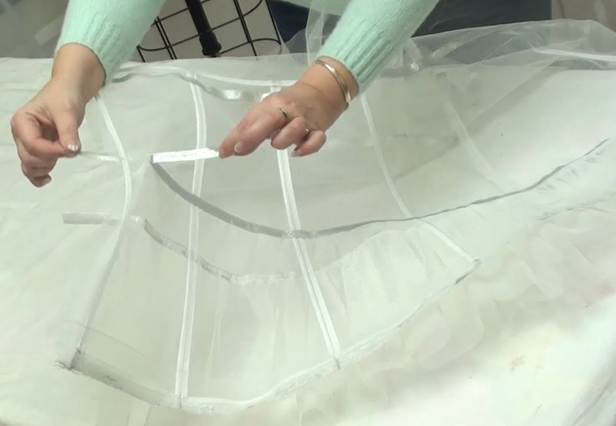